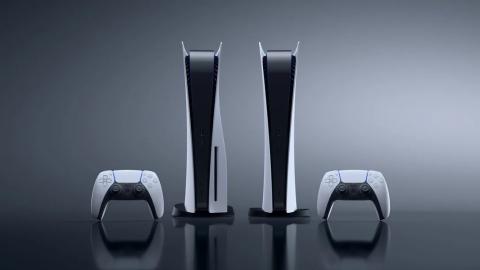 More than 99% of the currently available PS4 games, which encompasses over 4,000 games, can be played on any version of the PS5. The PS5 console has its own PS5 Blu-ray disc games but will also support PS4 Blu-ray disc games, 4k Ultra HD Blu-ray Discs, standard Blu-rays, and DVDs.

Both versions of the console include a free pre-installed game: Astro's Playroom. The game is a brand-new platformer designed to show off the features of the new DualSense controller. The controller features motion-sensing and haptic feedback to individual triggers as well as a built-in microphone array. One DualSense controller will be included with the purchase of either the Digital Edition or the Console Edition, however additional controllers are expected to retail at $69.99.

The PS5's hardware upgrades from its predecessors include a ultra-high speed SSD that features a 5.5GB/s (raw) read bandwidth. One of the major goals of the developers was to remove barriers to play, specifically when traveling through large worlds, game start-up loading screens, and other places loading screens limits gameplay. The power of the SSD makes many loading screens near-instant, and also allows for more detailed assets to be displayed quickly which should improve overall graphics no matter the game.

There appears to be no performance difference between the two versions of the console, and there was no additional colors at launch. The console is also be able to orient in either vertical or horizontal placement.

You can purchase the PS5 through your local retailers here: BestBuy Walmart Target Amazon